In the fall of 2000, Gilmore Girls premiered on the WB and viewers were introduced to the quirky world of Stars Hollow and the Gilmores who had made it their home, mother-daughter best friends Lorelai and Rory Gilmore. With the show in its seventh season on the fledgling CW, Coffee at Luke's is the perfect look at what has made the show such a clever, beloved part of the television landscape for so long.

What are the risks of having your mother be your best friend? How is Gilmore Girls anti-family, at least in the traditional sense? What’s a male viewer to do when he finds both mother and daughter attractive? And how is creator Amy Sherman-Palladino like Emily Gilmore? From the show’s class consciousness to the way the characters are shaped by the books they read, the music they listen to and the movies they watch, Coffee at Luke's looks at the sometimes hilarious, sometimes heartbreaking underpinnings of smart viewer’s Tuesday night television staple, and takes them further into Stars Hollow than they’ve ever been before. 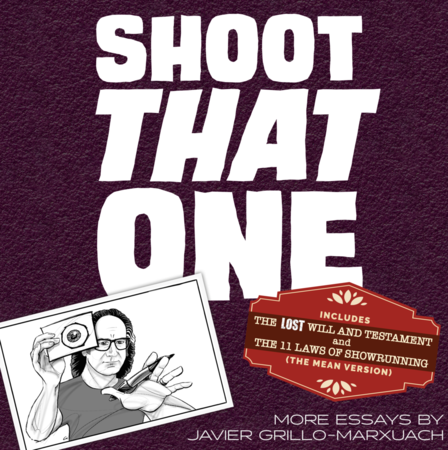 A lot has happened since Finding Serenity. We learned River’s secret; Mal took on the Alliance. Our favorite crew became Big Damn Heroes. And the Browncoats proved that hard work, passion and a little fan coordination can do the impossible. Serenity Found takes the contents of Finding Serenity even further, exploring not just the show but the events of the film as well, to create an anthology that’s even more thought-provoking, fascinating and far-thinking than its predecessor.

* Acclaimed science fiction author Orson Scott Card lauds Serenity as film sci-fi finally done right
* Writer and comedian Natalie Haynes reveals the real feminist savvy of the Firefly universe: the girls get the guns and the gags
* Pop culture critic Michael Marano connects damaged, ass-kicking River to the other weaponized women of the Whedonverse
* Multiverse executive producer Corey Bridges explains why the world of Firefly is the perfect setting for an MMORPG
* Mutant Enemy’s visual effects wizard Loni Peristere relates what he’s learned from Joss about telling stories, and tells a story of his own about Serenity’s design
* Television Without Pity recapper Jacob Clifton frames Serenity as a parable about media: how it controls us, how we can control it and how to separate the signal from the noise
* And Nathan Fillion, Firefly and Serenity’s Captain Malcolm Reynolds, shares his affinity for Mal and his love of Mal’s ship and crew. 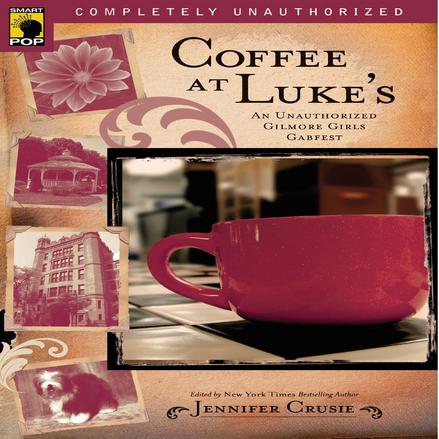 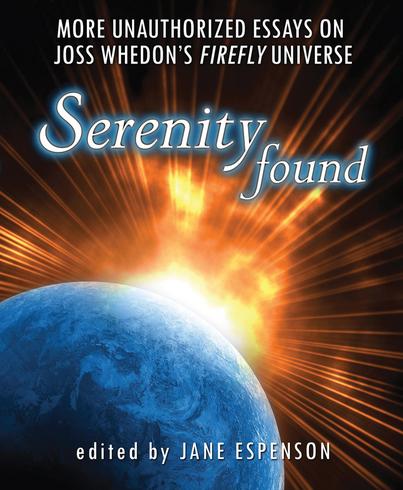 The staying power of the world’s most dashing secret agent and the evolution of the James Bond franchise are explored in this smart yet nostalgic collection of essays. Leading writers, including Raymond Benson, J.A. Konrath, Raelynn Hillhouse, and John Cox, discuss the ten sexiest Bond girls, the best villains, and the controversy surrounding the latest actor to play James Bond. Topics covered range from the playful—how to build a secret lair and avoid the perennial mistakes made by would-be world dominators—to the thought-provoking, such as Bond’s place in the modern world, his Oedipal tendencies and perceived misogyny, and the unerring allure of the charming spy.

In this follow-up to his first collection of essays - Shoot This One - television writer and producer Javier Grillo-Marxuach continues to overshare about his misadventures in the small screen to a degree that will make you fear for his future employment. Including, for the first time in print, Grillo-Marxuach’s internet-breaking, no-holds-barred account of the creation of the hit show Lost, as well as the never-before-seen “mean version” of his essay “The Eleven Laws of Showrunning” - an incendiary assault on the toxic culture behind many TV series - the essays in Shoot That One offer both a tantalizing glimpse into the inner circles of the entertainment industry as well a management lesson disguised as a juicy tell-all.

All zombies are created equal. All zombie stories are not.

From its humble beginnings as an indie comic book, The Walking Dead has become a pop culture juggernaut boasting New York Times–bestselling trade paperbacks, a hit television series, and enough fans to successfully take on any zombie uprising.
Triumph of The Walking Dead explores the intriguing characters, stunning plot twists, and spectacular violence that make Robert Kirkman’s epic the most famous work of the Zombie Renaissance. The Walking Dead novels’ co-author Jay Bonansinga provides the inside story on translating the comics into prose; New York Times bestseller Jonathan Maberry takes on the notion of leadership (especially Rick Grimes’) during the zombie apocalypse; Harvard professor Steven Schlozman dissects the disturbing role of science in the television series; and more.
Triumph of The Walking Dead features a foreword by horror legend Joe R. Lansdale.

First, there was Buffy the Vampire Slayer; then its spin-off Angel; then the cult hit Firefly; and its follow-up film, Serenity. They all had two things in common: their creator, Joss Whedon . . . and their surprising psychological depth.

Revisit the worlds of Joss Whedon … with trained psychologists at your side. What are the psychological effects of constantly fighting for your life? Why is neuroscience the Whedonverse’s most terrifying villain? How can watching Joss’s shows help you take on your own psychological issues? 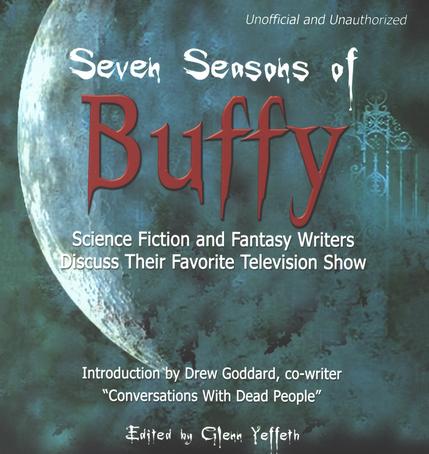 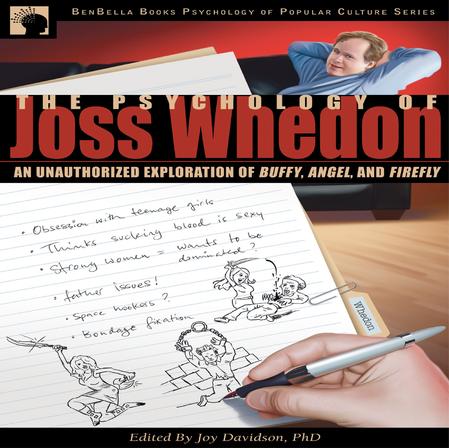 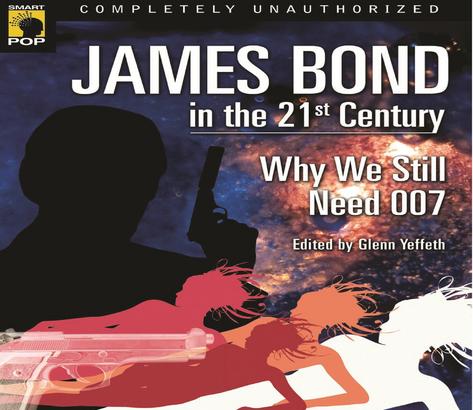 Firefly’s early demise left fans with a deep sense of loss and plenty of unanswered questions. From what was wrong with the pilot to what was right with the Reavers, from the use of Chinese to how correspondence between Joss and network executives might have gone, from a philosopher’s perspective on “Objects in Space” to a sex therapist’s analysis of Inara, Finding Serenity is filled with writing as exciting, funny and enthralling as the show itself.

How do you become a television writer? What does it take to create your own show? Did the writers of Lost really have a plan, or were they making it all up as they went? In a career spanning far longer than he cares to admit, Javier Grillo-Marxuach has not only written for some of your favorite (and not-so-favorite) shows — from the Emmy Award-winning Lost, to Charmed,

Medium, Law & Order: SVU, and seaQuest — but also worked as a network executive, created a comic book that became a cult television series, co-hosted a popular podcast, and contributed essays on the entertainment industry to such publications as The Los Angeles Review of Books, io9.com

and Apex Magazine. Collected for the first time, Grillo-Marxuach’s occasionally far-too-revealing essays offer a true insider’s look into the good, the bad, and the frequently bat-guano insane inner workings of the entertainment industry. 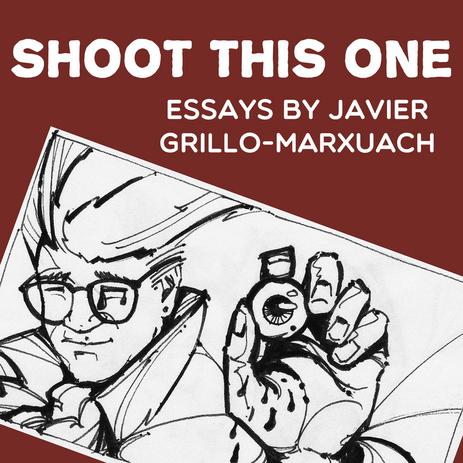 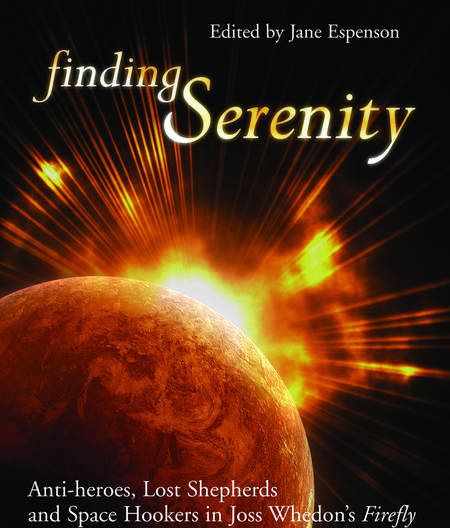 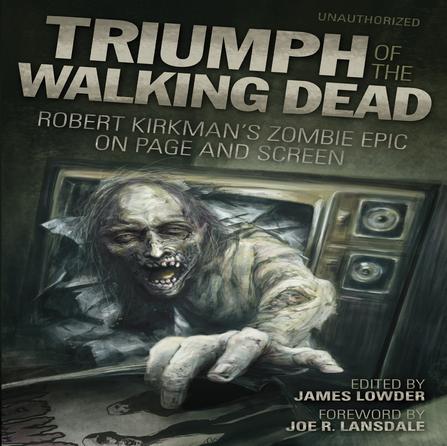